On December 17th, 2017, after a very long time the Raven Council had a meeting in Ironforge. As usual, we promoted some of our veteran members to Dark Raven and shot fireworks at them. Fahranya got two new little helpers for his raiding endeavors, namely Cheyenneh and Tudum.

Our Santa was Cellyca, but not because of his big belly, but because he gave Christmas presents to everyone.

The meeting was concluded by Jimmble serving up Roast Pork (codename: The Piggie) to all who attended. 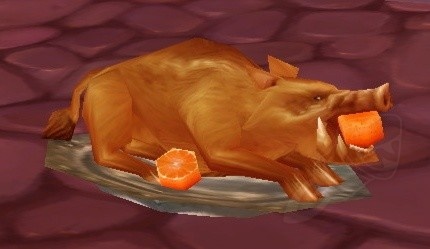 Thank you bad gnome for the wonderfull atmosphere from the meeting

Thanks for a nice event and merry christmas everyone

It was a great event, thanks everyone who participated.
It showed again why this guild is THE guild to be in. Friendship, fun, connecting.
Happy holidays everyone!
“I am so clever that sometimes I don't understand a single word of what I am saying.”
Top I was on holidays until now and so I am only going to wish everyone Happy New Year now! but I am back with newfound power