A safe place for closed application.
Locked
6 posts • Page 1 of 1

Who is your character?
My main is an Elemental Shaman named Zywiolowyowi. If you are curious what do these random letters mean, żywiołowy stands for elemental in polish, and owi is just how my friends call me. Here are armory, wowprogress, warcraftlogs and rio links for the character.

Who are you?
My name is Kamil, but friends call me owi or cytrus. o/ Im 21 and I live in Poland.

Experience
BfA is the only expansion I played during on the retail server. I have quickly gotten into m+ and raiding in the first season as a restoration shaman, killed G'huun on heroic and even tried to progress mythic Uldir with a pug, but we couldnt get past Taloc. I only played around a week during season 2, I killed some bosses on both normal and heroic Dazar'alor. I didnt play wow during season 3, and now I made it back to the game. My current progress is 5/12 on normal.

Raid Role
In a raid team I only provide damage and bloodlust. I watched and read healthy amount of guides online, but since there were no major changes to shaman during this expansion yet, I no longer watch nor read any.

Your Spec
My artifact level is currently 83. My rotation begins with Stormkeeper, Worldvein Resonance and Storm Elemental around 5 seconds before the pull, followed by Lava Burst into Flame Shock at the beggining of the fight. Then I prioritize casting Lava Burst proc, then Earth Shock, then Lava Burst, and if I have none of these avaible, I cast Lightning Bolt. If I have to move I prioritize Lava Burst proc over Earth Shock, and spam Frost Shock if these arent avaible. Of course I keep my Flame Shock up on my target at all times, and use Stormkeeper, Worldvein Resonance and Storm Elemental whenever avaible and the boss mechanic allows for me dealing damage. In 3+ target fights I try to have my Flame Shock up on as many targets as possible, and I cast Earthquake every 6 seconds and spam Chain Lightning.
For my talents, I use Echo of the Elements (love to see my spells shine on the bar hehe), Aftershock, Spirit Wolf (Static Charge for m+), Storm Elemental, Nature Guardian, Primal Elementalist, Stormkeeper. My azerite traits and essences are simply those that theoretically should give me the biggest dps.

Off-specs and Alternative characters
I dont have any raiding viable alts on Defias Brotherhood yet, and I dont really plan on if not necessary, though I might make one or two if needed. I feel comfortable as a resto shaman, since I mained it during season 1 and a half of season 3.

Communication
I have a microphone and I am pretty comfortable with using it, even though I am not native english speaker. I also can use the forum regularly without any problem. My battletag is Cytrus#21647

Combat Logs
Warcraftlogs
I dont know why some data is missing, and I can provide with logs if its needed and somebody explains to me how do I do it.

Your UI
My current UI is just a blizzard style UI with dbm popups around the center of the screen so I can see them clearly. I plan on switching to something like my old UIs, but Im a very lazy person when it comes to making a UI. :p 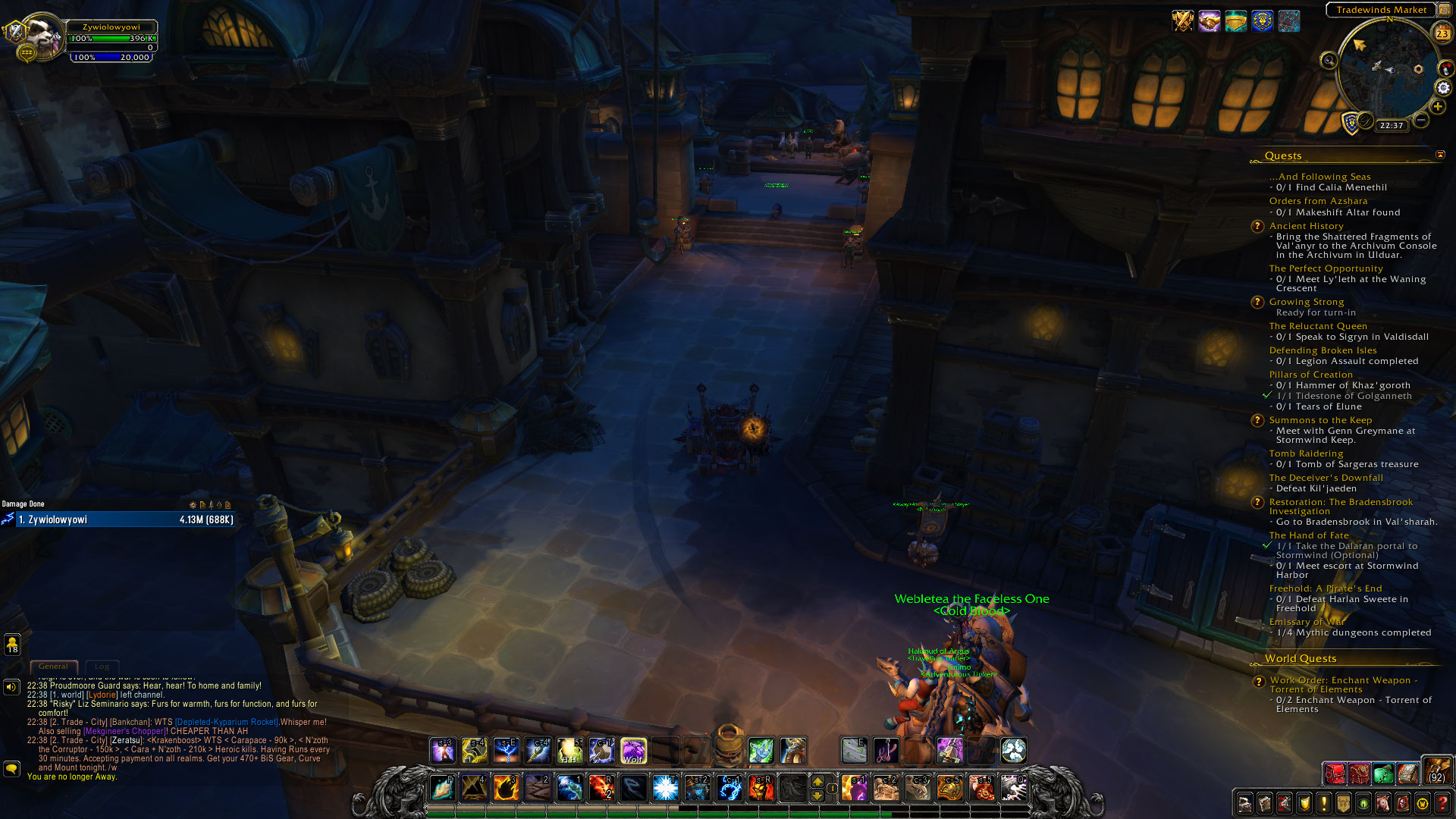 Guild History
The only guild I have been a member of was Gdzie mój Mimiron. It was a polish social guild, made by a polish wow youtuber, and it has been slowly dying ever since he had changed realm to Silvermoon I belive.

Raid availability
I am avaible basicly everyday, so the schedule suits me well.

References
I heard about you guys from and ad on trade chat.

About you
I will finish my school education in just a few days, and I plan on becoming a firefighter. Besides this, I play rugby for around 7 years with some successes. I watch anime, go to the gym, hardly ever watch any movies, but managed to watch Game of Thrones and a couple of seasons of The Walking Dead, I plan to continue watching it. I listen to every music genre, lately it was some powerful viking music, dont judge. I am bad at jokes, but good at taking them.

Edit: got rid of form question that I forgot to delete earlier
Top

Thank you for your application. Please give us some time to deliberate.
Top

After some deliberation within the leadership council we have reached the decision to not offer you a trial YET.
You are a bit too far behind on gear and essences at the moment to be able to keep up in the group.

You can, however, join the guild as a social member while you catch up (and even to help you along) and we will trial you when you are "mythic ready".
You can contact me for more info and/or questions.

If that sounds agreeable then feel free to poke an officer for a guild invite.

Thanks for the response, I am completly fine with the decision, I realise that after the break I am quite undergeared. I will catch up with you in-game later tonight or tommorow. F

Its a panda! how can we refuse him?